Like with any new skill, practice makes perfect – that’s why repetitive A-Z letter formation tracing worksheets like this one have always been a staple of early childhood education.

Worksheets don’t just give kids an opportunity to improve their writing; it also develops muscle memory, which will help them write quickly as they get older.

This worksheet has a dedicated page for each letter for the alphabet. You can download and print out one, or create a complete A-Z letter tracing worksheets booklet.

Each page has labelled guides for writing each letter in uppercase and lowercase letters, a picture of something that starts with that letter, practice letters to trace, and space for independent writing.

Tracing letters this way also helps with placement of letters which increases neatness in handwriting. 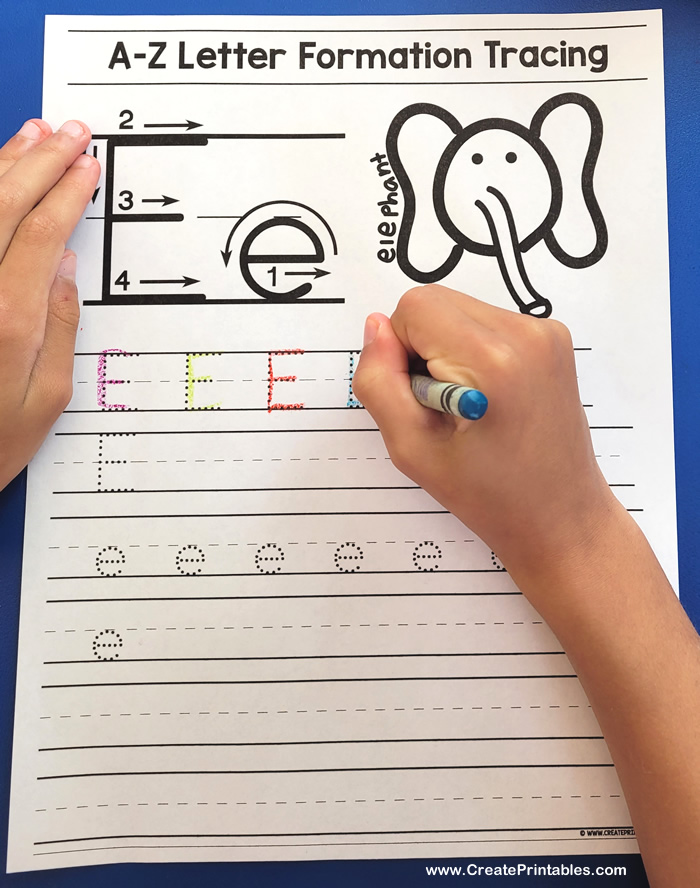 How to Use this A-Z Letter Formation Tracing Worksheet

Too much at once is overwhelming, even with kids who already have some familiarity with the alphabet. Work on one page at a time, taking time to introduce each letter.

The easiest letters for kids to learn are A, L, O, and X. From there you can move on to other similar letters like I, T, E, etc. Most kids struggle the most with C, G, J, Q, and Z so save those for last, if possible.

You’d think starting with the hardest letters would be better because they require the most practice, but that just sets both you and the child up for a frustrating experience.

A lot goes into learning to write. In young kids hand-eye coordination is immature, proper pencil grip still requires effort, and the muscles in their hands are still building. By giving a child some easy wins, they’ll feel confident about their skills.

Confident kids are less likely to give up when they reach challenges later. 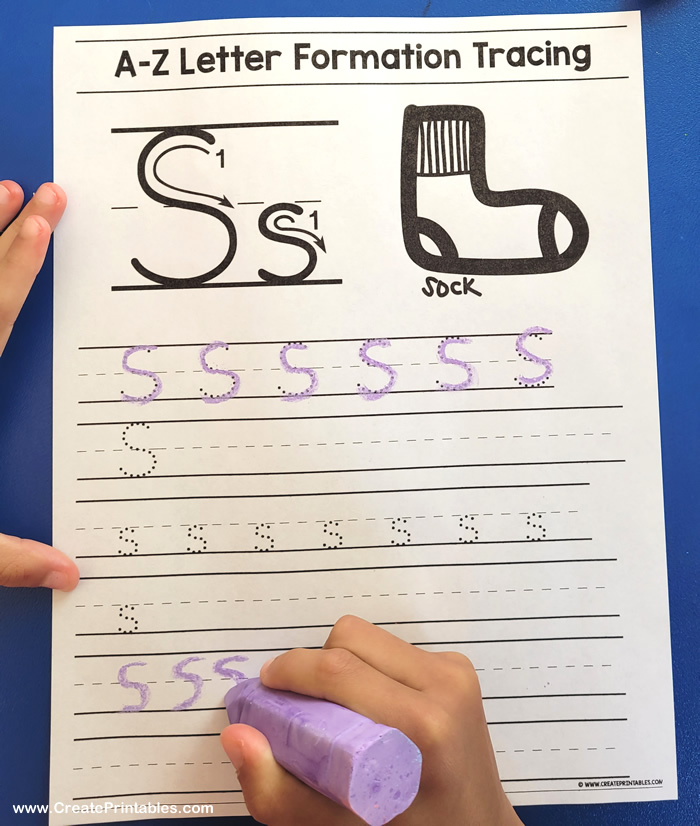 Reading and writing go hand in hand. The earlier you start pairing letters with their sounds the easier spelling will be later on.

A “see - say - write” combo helps the brain make stronger connections than just writing out the letter or saying the sound on their own. Use the picture at the top of each page to hear the letter sound, then have your child come up with other words that start with that letter.

It can be tempting for kids to rush through worksheets like this without focusing on proper letter formation. This can lead to bad habits that become harder to unlearn the longer they go unnoticed.

A habit of drawing the circle for an “O” counterclockwise, for example, will cause problems when the child starts to learn cursive.

As the child repeats the formation of each letter, through tracing and writing, it will become natural. Once muscle memory for letters is developed kids can then focus on stringing them together into words and sentences. Letter worksheets like these are great for extra practice or simple morning work. 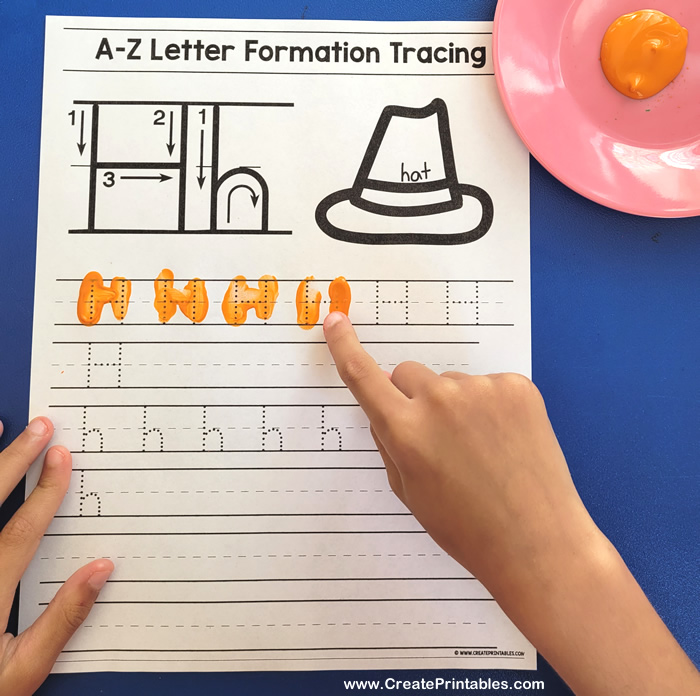 For more free worksheets on letters of the alphabet try these 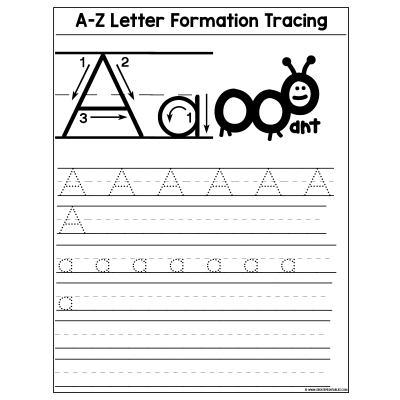 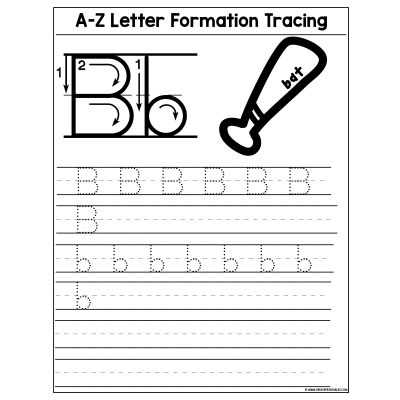 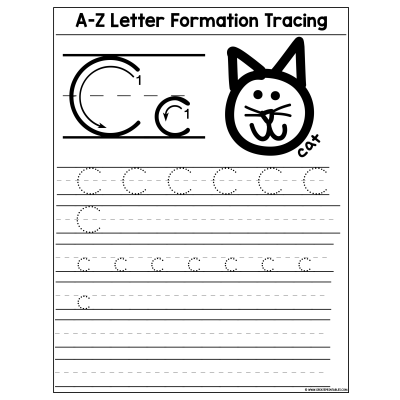 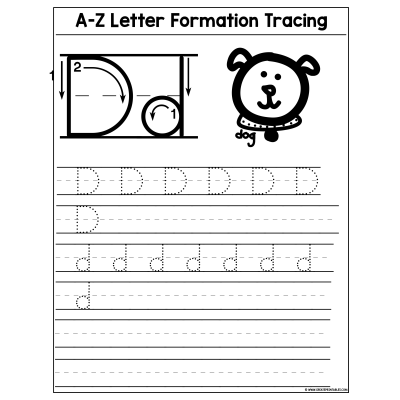 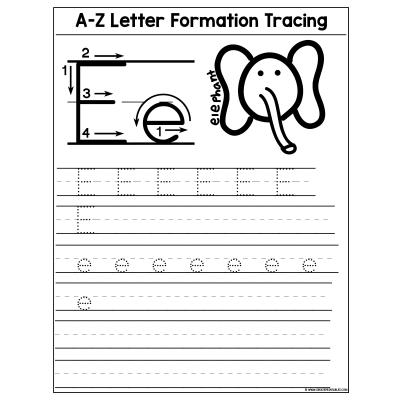 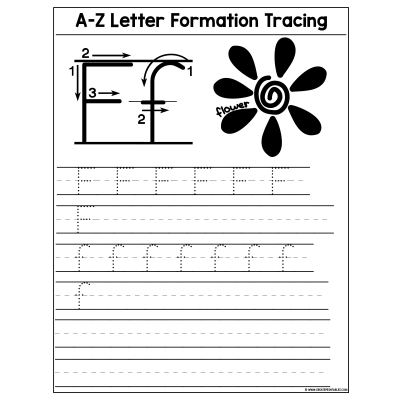 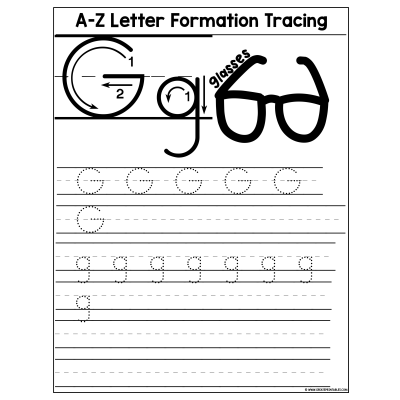 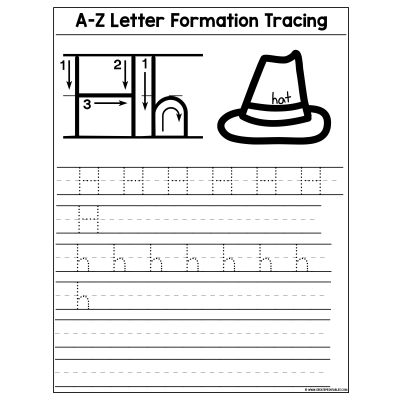 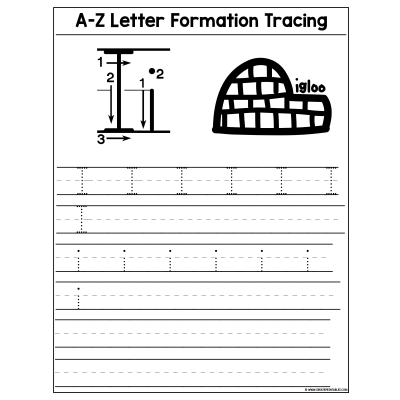 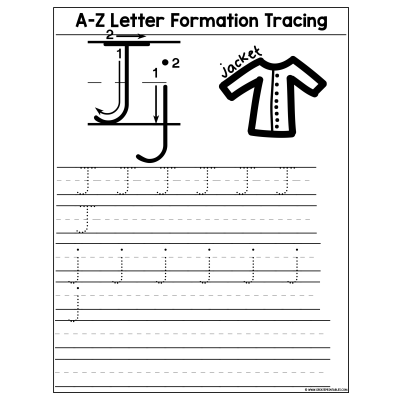 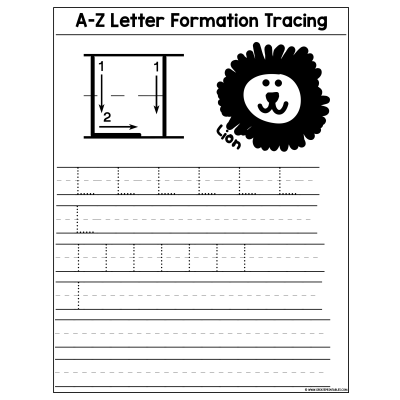 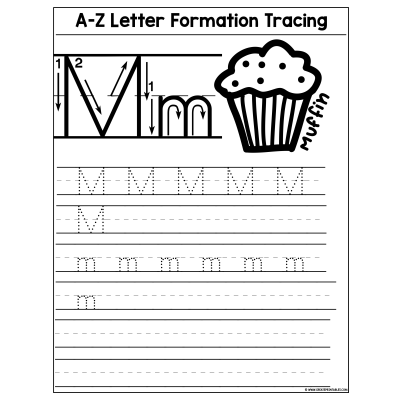 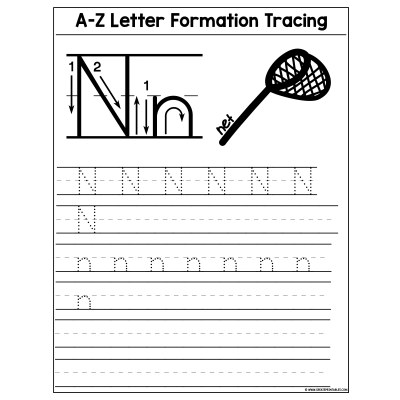 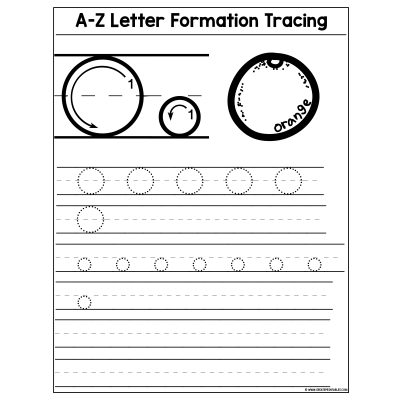 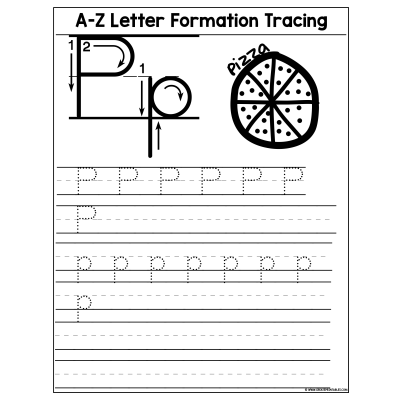 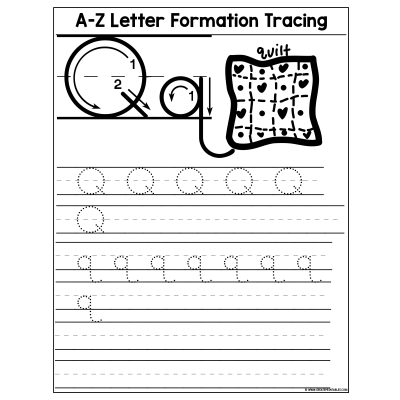 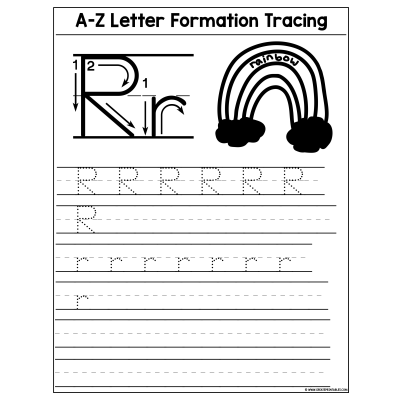 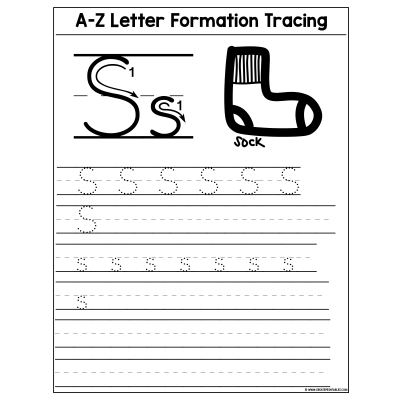 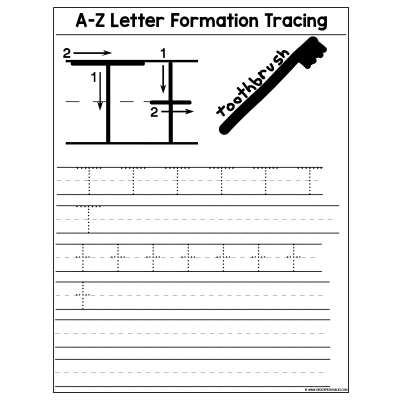 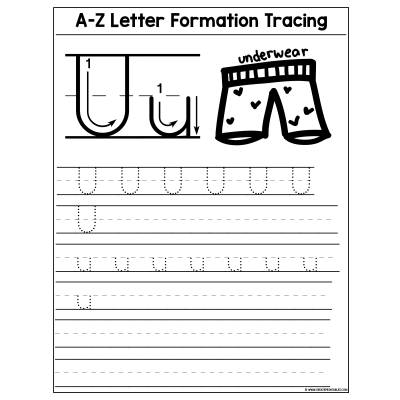 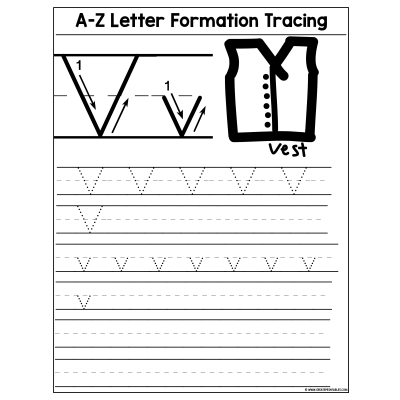 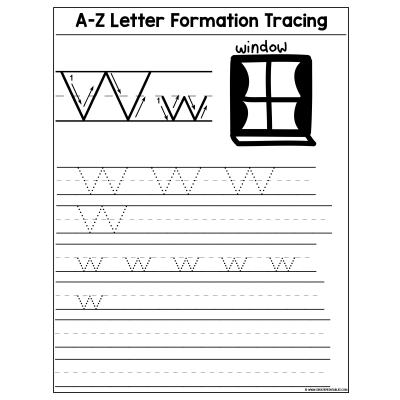 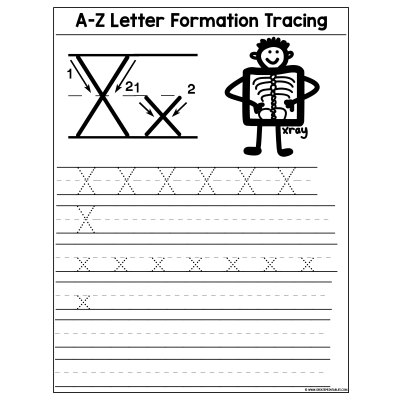 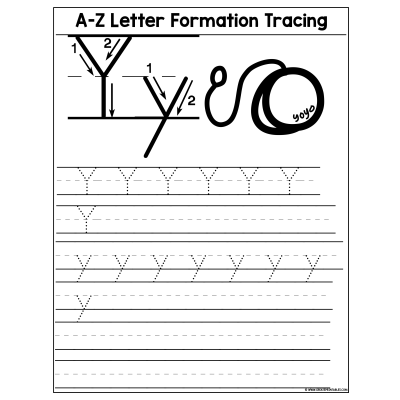 Trace the alphabet from a to z with these pages. Trace the capital letters as well as lowercase then practace by yourself on the blank lines.